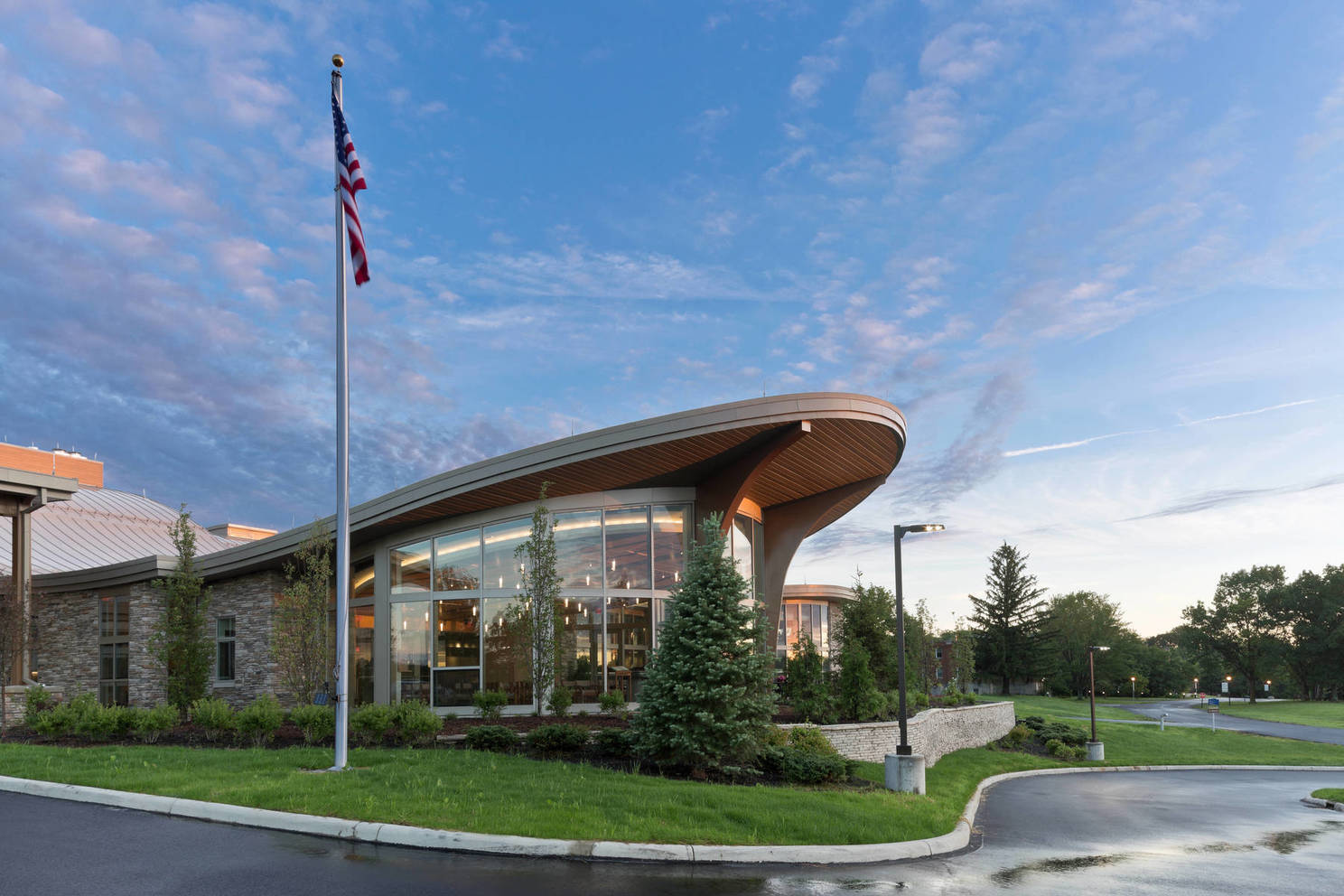 In 2019, the Ursuline Sisters moved from their motherhouse built in 1958 to a new residence more suitable to the community’s changing demographics. Given today’s reality, with fewer sisters and even fewer earning a salary to help support the order, it was not practical to remain in the older building.

However, the sisters wanted to remain in Pepper Pike, on the property they had purchased in 1927. They worked closely with the city to win approval to build Merici Crossings, named for Ursuline founder Saint Angela Merici. This new residence better suits the sisters’ needs, both in size and design. It includes a chapel, dining area, great room, one- and two-bedroom suites, a fitness center, ministry offices, underground parking, and more amenities for the sisters.

Before the new residence was approved, the project went through a rigorous review process with the city, including approval of the site plan, building design, exterior lighting, buffering and landscaping. The plans for the overall use of the property we discussed with the city at that time are consistent with today’s goals: a new residence for the Sisters, a conservation easement on approximately 8-10 acres, and additional development on the site of the former motherhouse at a future date. 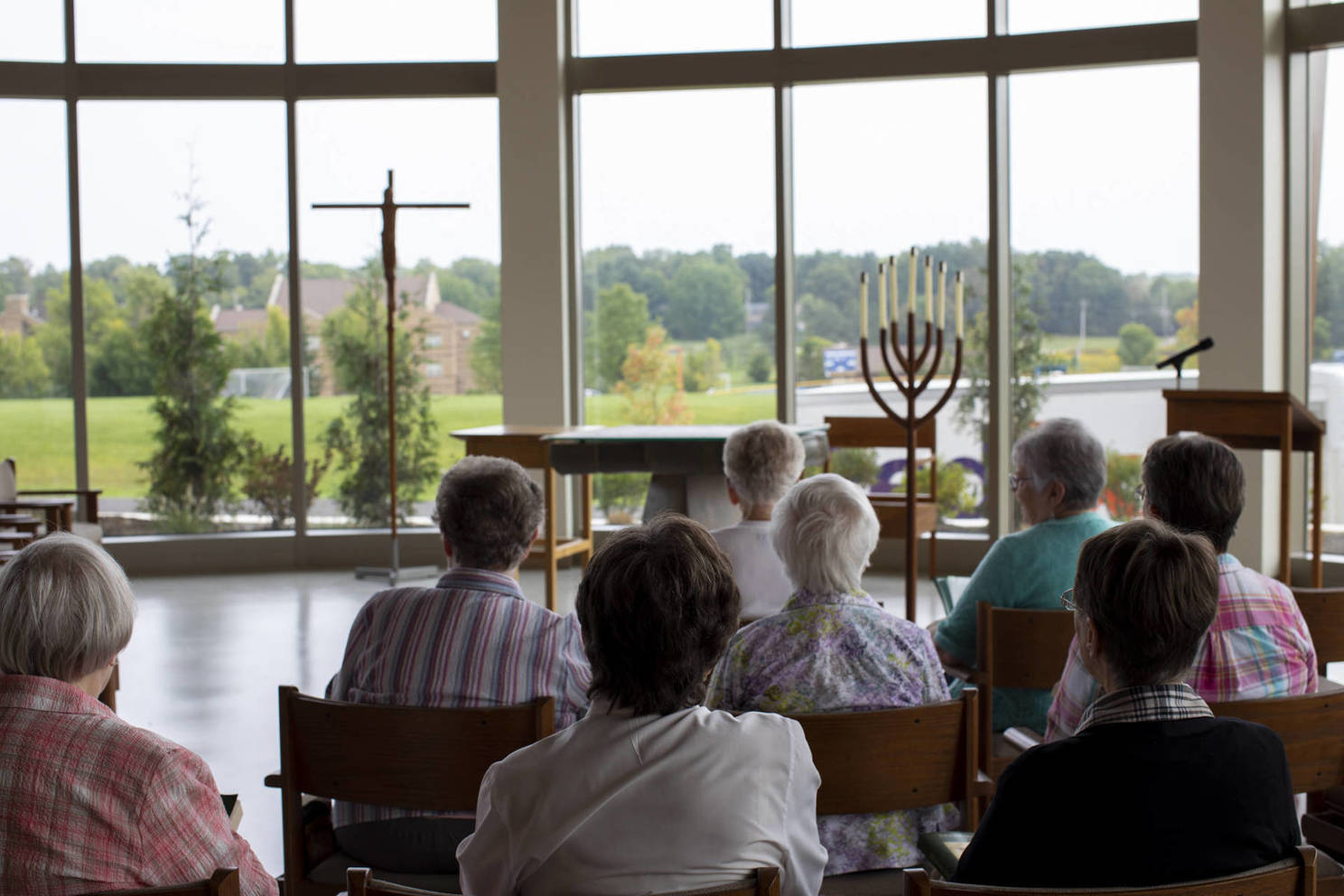 CLICK HERE to read an article by the Diocess of Cleveland about Merici Corssings.

Q: Why did the sisters need a new residence?

A: The original motherhouse, built in 1958, was a 250,000-square-foot building designed as living space for 200 sisters. As demographics shifted, the number of sisters living there dwindled and, as fewer sisters worked in the community, the $1 million annual cost to maintain the building became too great a burden. The sisters embarked on a capital campaign to raise money for a new residence, Merici Crossings, which opened in 2019 and is more suitable to our needs.

Q: Neighbors claim that construction of Merici Crossings caused flooding in the surrounding neighborhood. Is that true?

A: We understand that flooding has been an issue for neighbors, as it has been in other areas of Pepper Pike. However, there is no evidence linking these issues to Merici Crossings. City officials have acknowledged flooding problems due to climate change, and promised to study how the city’s infrastructure handles heavy rainfall. Furthermore, thanks to the demolition of the former motherhouse, our property will actually have a more permeable surface even after the Creative Living for Life development is built.

Q: Neighbors have raised issues about the lighting at Merici Crossings. Why isn’t there more significant buffering to lessen the impact on nearby homes?

A: We are aware of neighbors’ concerns about lighting and buffering, and we took steps to address these concerns when Merici Crossings was built. Among other changes, we reduced lighting in the exterior parking lot and driveway from the original power settings (80%), to 30% at dusk and 10% beginning at 10 p.m. We also adjusted the lights so they do not shine into the street or neighbors’ yards, and reduced or turned off interior lights that could be seen across the street, including inside the chapel. Due to safety concerns, we have to maintain enough lighting to allow residents and visitors to navigate the parking lot and entrance to the garage, and to meet the city’s building codes.

Q: Why isn’t there more significant buffering between Merici Crossings and Fairmount Boulevard?

A: We appreciate neighbors’ concerns about the landscape buffering along Fairmount Blvd. We took steps in response to neighbors’ concerns when Merici Crossings was built, including altering our original landscaping plan. We hired an additional landscape architect with extensive experience working in Pepper Pike and, rather than landscape the entire project, invested the full landscaping budget into the front of the building and the side that faces Fairmount. In addition to the original tree plan, we planted $80,000 worth of trees, including as many mature trees as possible. The plan was approved by the Architectural Review Board and the city.