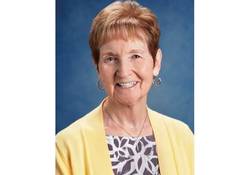 Sister Ritamary previously served as Major Gifts Officer in the development office of the community where she also took on the director role of the recent Ursuline Sister’s Bold Faith|Building a Future Capital Campaign. As the Director of campaign, she raised $9.5M dollars toward a goal of $8M for the new residence for the sisters, Merici Crossings. After having the Ursuline Sisters at both St. Ann School and Beaumont School, she entered the congregation in 1963 and joyfully celebrated her 50th jubilee just a few years ago. Other previous ministries include, Educational Consultant for SDG Advisors and President of Beaumont School. This is not Sister Ritamary’s first time on the leadership team. She served two terms on the council from 1992 – 2000. 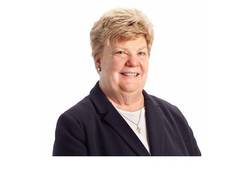 Sister Maureen Doyle’s ministry in education began as a teacher at St. Charles School in Parma in 1973. From there she moved on to teach at St. Ann’s and St. Clare before returning to St. Charles as Assistant Principal in 1982. Sister Maureen then went on to Urban Community School where she would serve 37 years, 31 of which as the Director of the school. Sister Maureen received her Bachelor’s degree in Education from St. John’s College and earned her Master’s degree in Education Administration and Supervision from Boston College. She pursued additional studies at Jesuit School of Theology at Santa Clara, John Carroll University, Boston College and Ursuline College. Sister celebrated her Jubilee marking 50 years as an Ursuline in 2019. 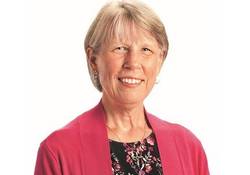 Sister Laura is serving her second term on the leadership team. She also serves on the Development Committee and Marketing Committee for the congregation’s lay advisory board. The Villa Angela Academy and Ursuline College graduate holds Master's degrees in Theology and Education from the University of Dayton and Ursuline College, respectively. Prior to leadership Sister Laura served in education, as a teacher and member of the administrative team at Beaumont School and as principal and parish staff member at Ascension and Our Lady of the Lake schools. Sister Laura also served in the congregation’s Development Office. 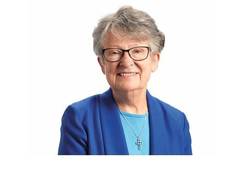 Sister Maureen Grady entered the Ursuline Congregation from St. Paul Parish in Euclid. She began her ministry of teaching at St. Jerome School before moving to secondary education at Beaumont School. Sister Maureen has served the Ursuline community in formation ministry and in previous terms of congregational leadership. She has been a pastoral associate at St. Basil the Great Parish in Brecksville, Holy Spirit in Avon Lake, and St. Francis of Assisi in Gates Mills. Sister Maureen serves as a spiritual director and co-facilitates the Companions of Marie of the Incarnation, a faith sharing group of sisters and lay associates. 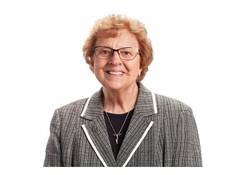 Sister Diana began her lengthy and notable education ministry in 1968 at Villa Angela Academy serving as science teacher and chairperson of the Science Department. In 1978 Sister began what would become a 37 year career at Ursuline College where she held a number of positions, including College President, from 1997 – 2015. Sister Diana changed ministries after her Ursuline College tenure and served as Chaplain for Altercare St. Joseph and Matt Talbot for Women. She continues to serve at Matt Talbot for Women today. Among her many academic achievements, Sister Diana holds a B. A. in Chemistry and a Ph.D. in Science Education from The Ohio State University.