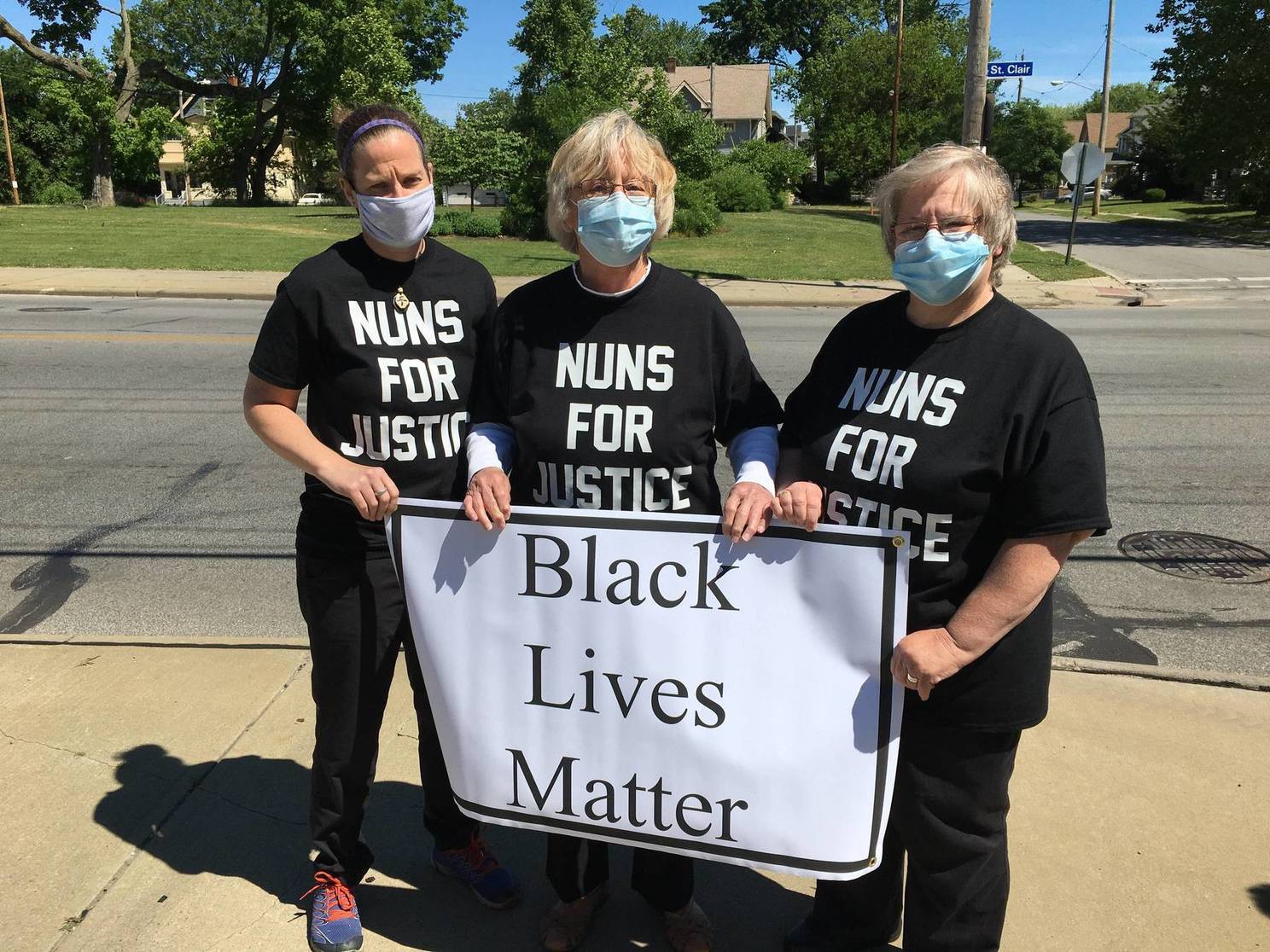 You are invited to participate in these restorative acts of repairing our world. We offer resources to LEARN, PRAY, and ACT on issues affecting our communities, both local and global.

Deepening your understanding about an issue or topic can be the first restorative act you can do in helping to repair our world.  Click on a topic below to learn more.

In Brothers and Sisters to Us, the US Catholic Bishops said "Racism is not merely one sin among many; it is a radical evil that divides the human family and denies the new creation of a redeemed world. To struggle against it demands an equally radical transformation, in our own minds and hearts as well as in the structure of our society."

The Ursuline Community echoes Pope Francis’ call to share a journey with our neighbors – all our neighbors, not only those who live near us, look like us, speak like us or pray like us. Our neighbors include many of the world’s most vulnerable people: migrants and refugees fleeing war, poverty and persecution, people who seek nothing more than basic needs and a path forward. Just like us, they are children of God, deserving of dignity and love. We as a church are answering the Pope’s call to encounter and walk with these migrants and refugees in support and solidarity.

After a year-long process of education and discussion on the complex issues of capital punishment, Ursuline Sisters and associates voted in July 1998 to adopt an official corporate stance to oppose the death penalty.  The rapes and murders of two Cleveland Ursulines, Sister Dorothy Kazel in El Salvador in 1980 and Sister Joanne Marie Mascha in Pepper Pike, Ohio in 1995, were major influences on our decision to adopt this corporate stance.  In the latter case, Ursulines initiated a massive letter writing campaign requesting the prosecutor's office eliminate the death penalty as a sentencing option for Sister Joanne Marie's killer.  Sister Joanne Marie's murderer is currently serving a life-sentence.

Committed to transforming society, the Ursulines and their Associates continue to work toward abolishing the death penalty by: Continuing to pray for and support murder victims and their families, presenting information on the death penalty, participating in vigils for prisoners on death row, and contacting our Legislators.

Human trafficking, also known as trafficking in persons (TIP), is a modern-day form of slavery. It is a crime under state, federal and international law. It is currently the second largest type of criminal activity.  In 2007, the Ursuline Sisters of Cleveland along with 6 local communities of women religious and other professional colleagues responded to the need for information and action in Northeast Ohio regarding the crime of human trafficking to form the Collaborative to End Human Trafficking.  Since then Ursuline Sisters have remained active in the organization.

On an average day, 93 Americans die from gun violence and hundreds more are injured.   American women are 11 times more likely to be murdered with a gun than other women in developed countries.  The Ursuline Community strives to heed the call of gospel nonviolence by advocating for common-sense gun laws and improved health care services to those in need.

The Ursuline Sisters of Cleveland, dedicated to the values of the Gospel as reflected in justice, contemplation, and compassion are committed to using our God-given "financial and material resources as recommended by the United States Conference of Catholic Bishops who call for the "faithful, competent and socially responsible stewardship" of financial resources for the good of the wider community. We are committed to bringing the commitments of our Faith to the cultures of public corporations through the practice of Socially Responsible Investing through our investment manager, Ascension Investment Managers.

Repairing the world requires the restorative act of prayer. We offer these prayer resources for you to reflect on or pray with others or by yourself.

Being an advocate for justice requires constant diligence to the rapidly changing policies and legislation that effect the marginalized in our world.  Make your voice heard by clicking on the links below to contact your legislators about issues you care about.

Sometimes helping to repair the world only requires you to show up!  Click below for upcoming social justice events in Northeast Ohio.